How Meditation Found Me

There I was, sitting on the floor of my 450 square foot studio apartment in Hollywood. Devastated. My bank account had been wiped out. I had no food for groceries and my car had just broken down. I was exhausted, searching for yet another job that was flexible enough to allow me to go audition. I felt victimized. I felt ashamed. I felt that life was unfair. And guess what it was. But little did I know that I had the power to shift things or at the least the way I reacted about them. However, my mindset had already been set and undoing years of conditioning was going to be one hell of a task.

Let me backtrack a little bit. I grew up in the third ward of New Orleans. I lived in a two-bedroom duplex with my Dad, Nanaw (his mother), my Aunt Kerry and, Aunt Kim. We were, for lack of a better term….poor or po! I remember watching my Aunt Kerry steal groceries from the grocery store. My dad working three jobs as a busboy, dishwasher, and a late night drug dealer, and my Aunt Kim bartending in French Quarter. My Nanaw was a nurse. Life was indeed a challenge during then. There were many miracles and happy moments, but we held tight to the darkness more than we did the light. There was immense love but also immense suffering.

By the time I had reached my 20’s, I had already developed a mindset that had instilled in me that I was a victim and that life was a weapon used against me to keep me down. Once I moved to LA, I had a bit of an inkling that I could shift my perspective to make it as an actress in the Hollywood industry. I just didn’t have a clue as to how to handle those dark moments, on my own and in a city far away from my family. So when I found myself, down and out sitting on the floor of my apartment, I didn’t understand what was happening. How could things like this happen to me? I’m a good person, right? A downside frown began to take a new home on my face. I wasn’t my light and happy self and I just didn’t know what to do and how to regain that person again.

Choosing To Make A Change

Throughout the next week, I started reaching out to friends. I called up Logan, my good friend who’s somewhat like a brother to me. We went to college together and I always admired how he ate healthy foods, took walks in nature, and listened to spiritual gurus and podcasts. I thought, “maybe some time with Logan would help take my mind off from wondering how the hell was I going to survive.”

I remember sitting with Logan at his apartment while he served me non-acidic coffee with almond milk along with introducing me to goat cheese. I was lamenting over my woes and troubles of being broke and destitute and debating if I should quit acting and join the peace corp or just live in the woods. From the looks on Logan’s face, I was indeed a buzzkill to the warm Los Angeles weather of that day. But yet, Logan being the caring friend that he is, looked at me and said, “C-Tone,” his nickname for me, “have you tried meditation?”

Immediately, I got squirrely. Meditation, that’s not something that a black girl from the third ward of New Orleans does. Is he crazy? Although the image of my Aunt Kim playing Buddist meditative music while she studied in our bedroom popped up in my mind, words escaped me and I quickly blurted, “Yea I listen to stuff on Youtube.”

Logan interrupted and said, “No, not that, but like sitting down for 15 to 20 minutes and get quiet. Have you tried that? I think you need to.”

Meditation is a process of lightening up, of trusting the basic goodness of what we have and who we are, and of realizing that any wisdom that exists, exists in what we already have. We can lead our life so as to become more awake to who we are and what we’re doing rather than trying to improve or change or get rid of who we are or what we’re doing. The key is to wake up, to become more alert, more inquisitive and curious about ourselves.

A silence fell over me. Quiet my mind? Can you do that? Is that even possible?

With great care and love, Logan explained to me the importance of meditating and that it would be a great solution to the ways in which I viewed the challenges I had gone through. I suddenly visualized myself wearing a white lien mumu, holding beads, with smoke in the air, sitting in a trance. And I loved what I saw. I mean hey. I’ve always loved incense, white lien is a commodity during the New Orleans’ summers. And it could make me feel better? I was sold!

“So, what do I do?” I asked Lo-G. He cautiously told me to look into Transcendental Meditation and then if I was interested, he would introduce me to his meditation teacher, Guru Betty. I then wondered, what in the world would I be getting myself into. But hey, it had to be better than what I was presently facing and so after hanging out with Lo-G, I sat in my car and looked up this Transcendental Meditation that Logan mentioned.

Most of my findings were vague and there were lots of costs affiliated with the sites I was checking out. Later that week, I text Logan and said, “I want to meet your guru.” It all happened so quickly, but days later a group of us were all sitting in Logan’s living at the feet of Guru Betty learning the beginnings of mediation. This is way different from my Youtube guided mediations and chant music. This was peaceful with an inner quietness and inner knowing that everything is alright and everything will be alright. So then, we meditated.

Twenty minutes later, I felt at ease. My curiosity grew even more and I was ready to explore deeper levels of meditation with Guru Betty. Suddenly my stress and worry began to dissolve. The financial problems didn’t feel like life or death anymore. A smile was starting to make its way back on my face.

I continued studying with Guru Betty and would oftentimes attend some of her full moon meditations complete with a vegetarian/vegan potluck. That’s one of the main things I’m looking forward to doing once we all get through the pandemic. It’ll be nice to sit in company with everyone and meditate and chant. I really miss those times. But for now, I’m content with breathing and sitting in silence at home.

Reflecting back now, I’m so glad that those moments led to meditation and I connecting. Now, every morning, after brushing my teeth, I take time out to meditate. Sometimes it’s very hard to commit to, especially when I’m working and traveling but I do my best to carve out time in the mornings and evenings to relax my mind release all the worry and stress.

I’m especially grateful to my dear friend Logan who helped to pave a way for me to meditate during that time. We haven’t seen each other since the pandemic but we check in every once in a while and he still asks if I’m mediting. I always reply with a peaceful yes.

Feelings come and go like clouds in a windy sky. Conscious breathing is my anchor.

If you’d like to check out Guru Betty visit her website here. You can also begin your journey to mediation by sitting still with no distractions and taking a few minutes to focus on your breathing. I would highly recommend checking out apps such as Headspace and Calm to get more insight on mediation. Or look up Transcendental Meditation to learn more about that technique. 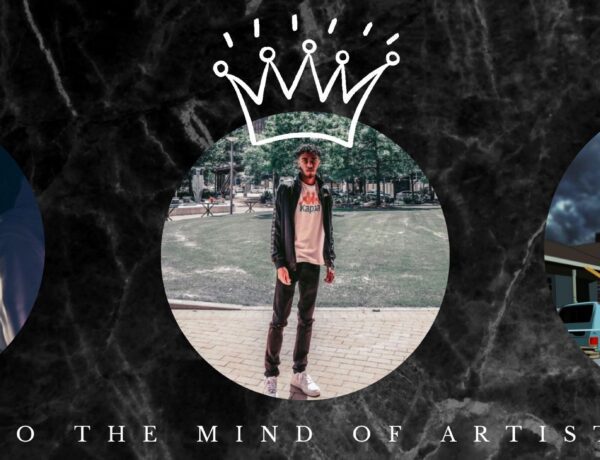 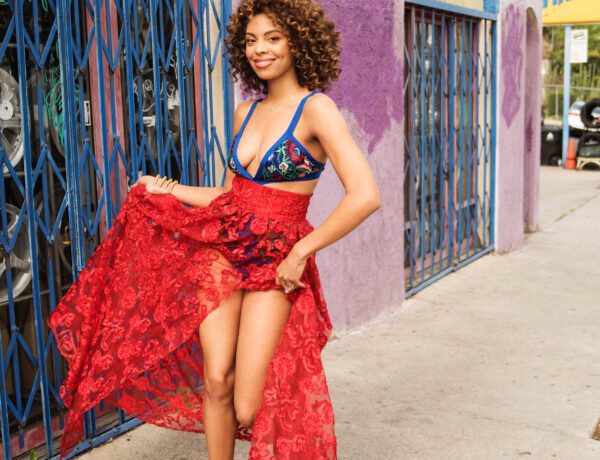 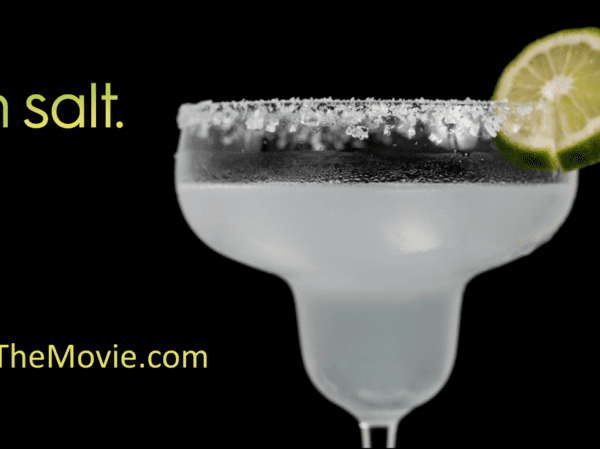 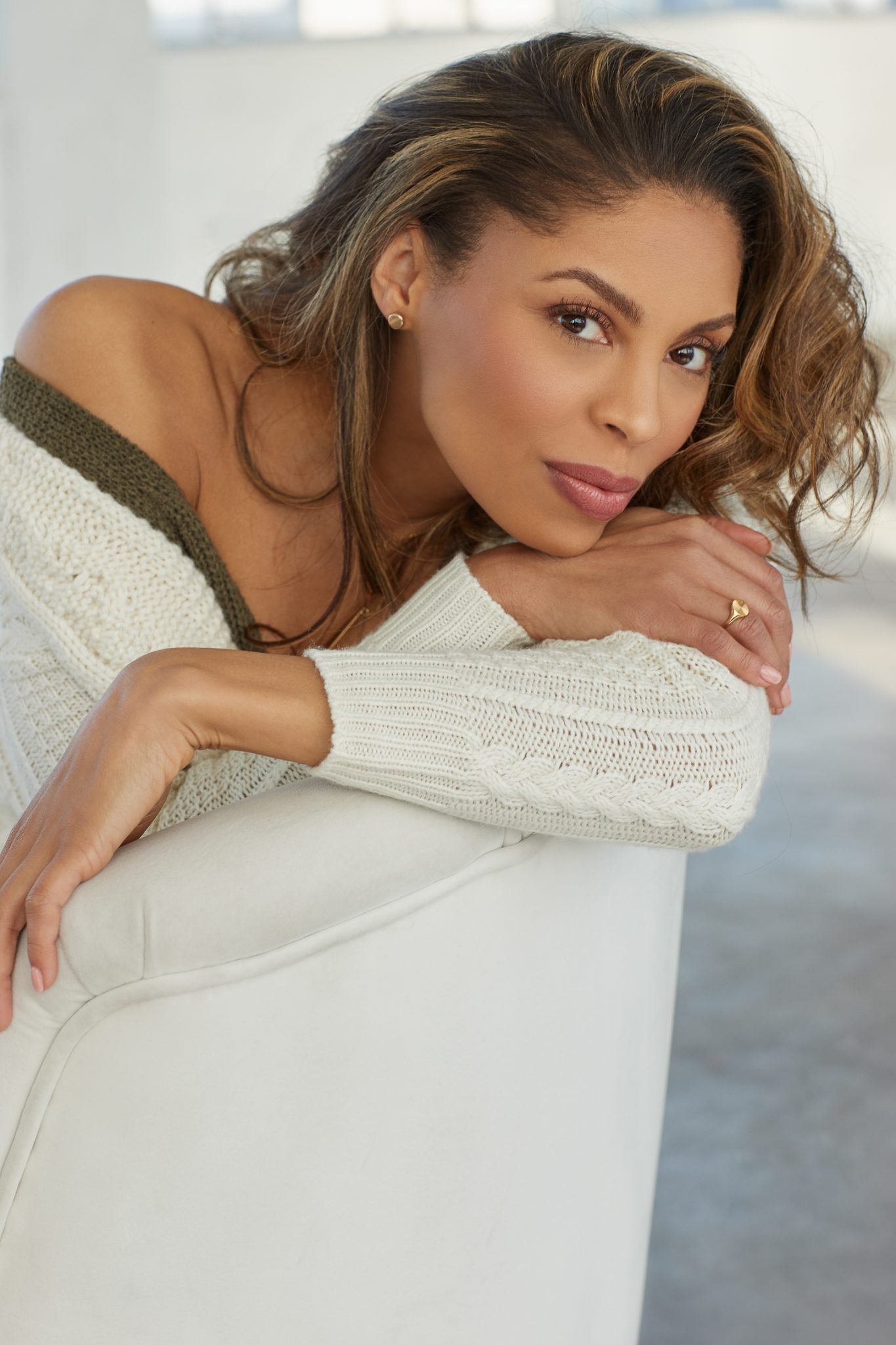